Last week I published a post on the State of Play for Fever RSS and Apps, providing an overview of the iOS and OSX apps available to support Shaun Inman’s brilliant, self-hosted, RSS system Fever.

After a long period of little development on the app front, this last week has seen some exciting developments. I hope these new developments are a sign of things to come. I plan to review each of these separately over the next week or so, but thought a quick update would be worthwhile. ReadKit is a wonderful tool for Mac OSX, providing support for browser based reading and sharing services like Instapaper, Pocket, Pinboard and more, in a native app. It has already been an important part of my workflow for sometime, and the addition of support Fever in the beta of version 2 is an exciting development.

Whether you’re a Fever user or not, ReadKit should be a part of your reading workflow. Sunstroke has displaced Reeder as my go-to Fever RSS app on iPhone, and since the release of version 1.4 last week, on iPad. Sunstroke has support for a wide range of social sharing and read later services (almost as wide as Reeder), and it has a gorgeous UI and a UX (user experience) that works best with my workflow.

At US$4.99 (A$5.49), Sunstroke is well priced as a universal app [1] and I suggest that this is the one iOS app for Fever, at this time. The developer is extremely responsive on App.net and Twitter. The Ashes app has been (re-) released as a universal app for iOS devices at an introductory price of US$5.99 (A$6.49). According to the website, it will increase to US$8.99 from 9 May. Ashes fully supports all native features of Fever, and has an elegant design. It is visually pleasing to use, and seems very stable.

At US$5.99 Ashes is appropriately priced for a niche product that supports both iPhone and iPad, and makes a good choice for someone wanting an all round app for Fever. The developer is actively talking to users on Twitter and App.net.

Version 3.1 of Reeder for iPhone was released during the last week. This added support to the iPhone version of the app (which already supports Fever) for Feedbin.

Clearly the developer is focused on iPhone and Feedbin at this time, and so we will have to wait a while longer for iPad and OSX support for Fever. With apps like ReadKit and Sunstroke, this is no longer the problem it was only a week or so back. 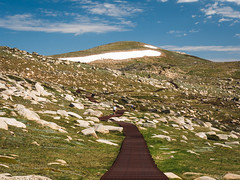