Social Media is an important way to interact with friends and colleagues, and in many cases, with colleagues, customers and suppliers. It can be a powerful tool, but it can also be an incredible productivity sinkhole.

It is also a fact that many of the major social media services have progressively and slowly evolved (eroded) their terms of service to decrease privacy.

Personally I minimise my time on social networks, sticking mainly to Twitter and LinkedIn. I use Google+ and Facebook selectively, and then only in dedicated (read: sandboxed) apps, or in a browser that I only use for these sites. I don’t access Google or Facebook from my main browser. 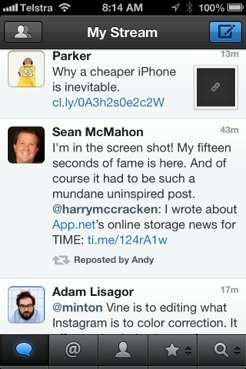 The Australian Financial Review has a good article describing the role played by social media in getting the word out about fire warnings during the potentially catastrophic confluence of weather we had on Tuesday.
As discussed in my post on the the NSW Bushfires and the Fires Near Me app, agencies like the NSW Rural Fire Service and the NSW Police, backed up by media like the ABC have used Twitter very effectively to get the word out. The RFS’ Fires Near Me NSW app served this purpose well, as did their website and the bulk SMS sent out to people in the areas declared to have a catastrophic fire risk.

So far, this situation has been dealt with very effectively by the agencies concerned, and I hope people will continue to use the tools and heed the warnings passed on.

I am addicted to RSS feeds. Well, addicted may overdo it a tad, but RSS is certainly the way I prefer to keep an eye on various websites, and thus to get my daily dose of technology, scuba and martial arts news.
For a long time I was a committed Google Reader user, which served well the back end management of my list of RSS feeds, and the syncing of then. For the front end, I loved the Reeder app for iPhone, iPad and Mac OSX.

Reeder is a simple but powerful app that syncs with Google Reader, providing a pleasant UI and easy interaction with services like Instapaper, Twitter, Readability, Pocket, Evernote and others. I much prefer to browse my RSS feeds in Reeder than in Google.

But, Google has been getting increasingly creepy for me (among many others), and have actually crossed the “creepy line”. I’ve decided to spread my data out among various providers (including Google, Apple and others), and one thing I did was to move my RSS feeds off Google Reader and onto Fever, a self hosted RSS engine. I’ve been loving it, and enjoying the fact that my data is now under my own control. Google now has less of a complete picture of me.

Fever works beautifully and because its web based it syncs seamlessly across devices. It has built connectivity to some of the services like Instapaper. The only thing I’ve been missing is the dedicated apps for iPhone and iPad, as I generally prefer apps over browser on these devices.

Granted there is the Ashes app for iPad. I found that it worked clunkily for a few days and now just crashes every time (literally every time) I try to do something radical, such as read my feeds. Waste of time and money!

I was pretty excited today to see the launch of Reeder 3.0 for iPhone, which supports reading Fever, Readability and Google Reader feeds. So far its working beautifully, bringing back the joy of a dedicated iPhone App for my RSS feeds. The seamless linking to Instapaper, Email, Evernote, etc is a joy, and I find that I can browse feeds much faster in this app than on a browser interface.

I’m looking forward to an iPad version too, but in the interim I will be happy to use the iPhone version at 2x on my iPad.

If you’re into RSS and use an iPhone, get Reeder. And if you want Google to have an incomplete picture of you, consider moving your feeds onto Fever. 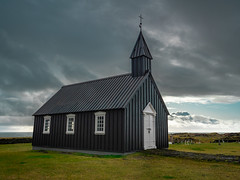