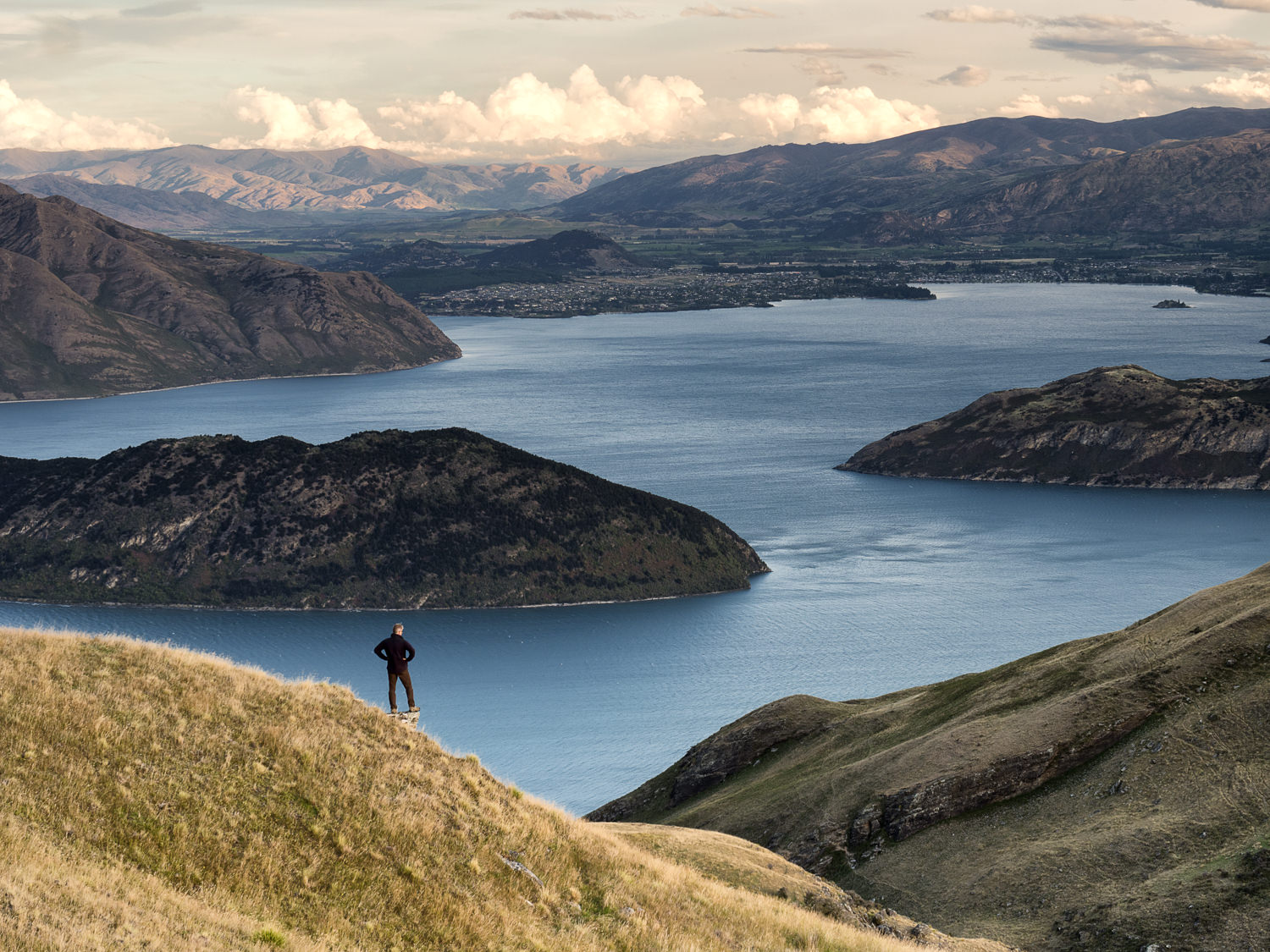 This image was made in the same general area as my Wanaka Wandering image, and apart from demonstrating the value of getting to some unique, off-the-beaten-path locations, it also demonstrates another value of a photo tour.

In this case the tour guide not only volunteered to be a model, but new a great spot that could use a human element to bring perspective to the immense landscape. There’s a reason that the *Lord of the Rings* trilogy was filmed in NZ, including in this very area.

People don’t feature in many of my images, but I have to admit that in this instance the human element added to the image, significantly.